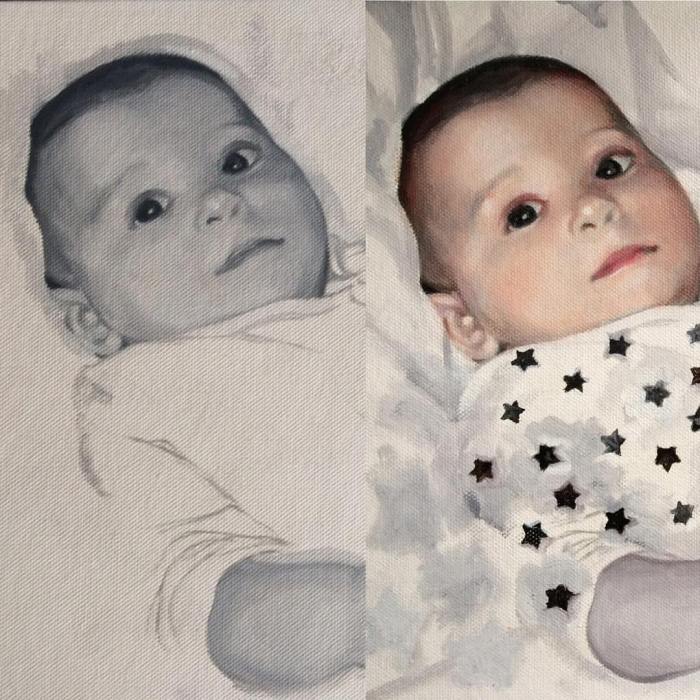 One of the most important things that has happened to me in all the years I have been portrait painting was going on a course run by Louis Smith in 2014, learning about glazing. Looking at his website I thought this would be about glazing as I understood it where you have a very thin translucent layer of paint and you go over a grey underpainting, or dead layer, like Caravaggio or Ingres. We learned to glaze over an underpainting, but the glazes felt more like ‘half-pastes’ as they were not entirely transparent. Even so it transformed the way I approached colour mixing for portrait paintings, and I learned amazing colour combinations of reds and greens which are now the foundation of my approach to painting a face. I’ll write about them in another blog post. I found out about Louis Smith from Jonathan Jones, the Guardian newspaper art critic.

On the course, which was over a weekend, we used a monochrome print from another portrait and went step by step through the process of building up areas of colour, slowly refining and blending each.

This site uses Akismet to reduce spam. Learn how your comment data is processed.